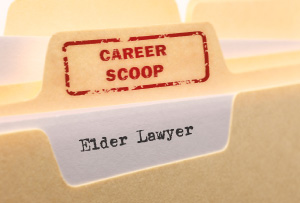 In a nutshell, what do you do?

I assist older people and their families to confront and plan for the future, and the demands of ageing.

Why did you choose this career?

A combination of the negative and the positive. On the negative, I realized that I was never going to be a mathematician or a scientist. On the positive, it was a mix of aspiration and inspiration. As a child of the 60’s, I grew watching lawyer TV shows. I then did work experience in an Aboriginal legal service, and was inspired by the concept of being able to help people.

It wasn’t an entirely conventional path. After leaving school, I went to Canberra where I worked as a Bureaucrat for 5 years. On my return to Brisbane, I commenced work as a Solicitor, which I’ve been doing since 1983.

What, in your opinion, is the best bit of being an Elder Lawyer?

In a nutshell, doing well by doing good. Working in this field is a bit like those before and after photo shots; people come in unhappy and often leave smiling. That’s a satisfying experience for them, and for me.

Time pressures, and the pressure to be right; law is not a mathematics equation. Also charging people. You try to do good for people and then you have to sully ‘quasi-charitable’ work by charging for it, but it has to be done.

Is it what you expected when you first started out?

It isn’t what I expected, as I was inspired by the idea of advocating for people’s causes in a public forum, like a court. In reality, it’s more like being an event or life manager, helping people to solve their problems in life. And you need life experience to be a good lawyer.

The biggest misunderstanding is that people don’t think we add value or worth to their lives. Typically, people make decisions ‘in-house’, with their families, not realizing the added complexities in making these decisions, particularly the issues of ageing. Then, realizing that they’ve made a mistake, they come to a lawyer, seeking to fix the problem.

What kind of people tend to do well in this kind of career?

There’s always going to be opportunity and work in this field… be patient. A law education doesn’t equate to law practice; Life experience is an important aspect of being a good lawyer, so be patient.