In a nutshell, what do 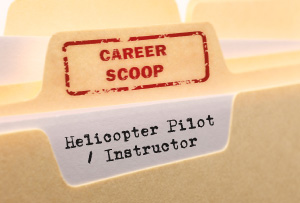 I instruct students who’ve never sat in a helicopter before, taking them from ‘this is a helicopter’ to gaining their commercial licence. This takes as long as the student needs, but it’s normally around 6 months by the time you factor in weather, time for exams etc.

Why did you decide to become a Helicopter Pilot / Instructor?

I was already in the Army when I decided to become a Pilot, and I made the move because I thought it would be great job. I was drawn to the fun side of flying, I liked the challenge of getting through the training, and knew that the pay was also a lot better.

Whilst conducting Officer training, I applied and started the aptitude testing for pilot training. From there, I commenced the military Pilot course, starting with fixed wing and then progressing to helicopter training.

After a number of years flying in the Military, it was time for a change, so I left to study in a completely different field.  It wasn’t long before I caught myself staring out of the window and realised that I missed flying… so I completed the necessary paperwork and transferred my Military qualifications to a Commercial Pilot’s Licence.

What, in your opinion, is the best bit of being a Helicopter Pilot / Instructor?

Every now and then the weather’s perfect, the conditions are just right and you look over at the person that you’re instructing, and they’re grinning from ear to ear. That feels pretty cool.

I also enjoy the variety of the job; there’s a good mix of inside classroom work and getting to go outside and fly, and I work with people of varying levels and abilities. I enjoy helping people to work through the study and make progress, and I get a kick when they work through and get it.

The commercial helicopter industry is highly competitive as it’s fairly small. After paying a lot of money to get a basic commercial licence, it can be hard to find an employer who is willing to take on low-time pilots.

Once you get a job, you’ll be on minimum wages – typically for 1 – 3 years – while you build your hours up and then you can diversify. A typical pathway might involve doing tourist flights and sweeping floors. With more hours, you’ll generally gain more aircraft qualifications and endorsements such as low-level flying, aerial spraying, mustering etc.

As you progress, there are a few avenues to take.  The utility side includes firefighting, lifting, power line inspection and maintenance. There is the opportunity to get into the Oil & Gas industry, flying crews and equipment to and from oil rigs. Alternatively, the emergency services branch is attractive to a lot of pilots, ie; Police, Air Ambulance & Search and Rescue.

You need to take a long-term view and be driven and passionate about flying. You don’t do this job for money alone, as you may be disappointed.

The studying is also hard and it’s ongoing. The Civil Aviation Safety Authority (CASA) set exams which you have to set within a time-frame, and that involves a lot of time studying.

I’d spent time around aviation in the Military, so I had a good idea of what I was getting into. One thing I didn’t expect was the sheer amount of information that I had to take in, in a short period of time. It was overwhelming.

It’s probably less intense starting out in civil aviation, but still, not everyone’s cut out to fly. There is a huge amount of study involved, so you need to be really driven and passionate about it.

People tend to picture the glamorous side where you’re flying low-level in beautiful weather conditions, but that’s generally not the case. Flying can be both mentally and physically challenging.

From a career point of view, people don’t see all the planning and pre-flight administration that goes on behind the scenes for a Pilot, and they have no concept of the level or extent of the regulations in aviation. You are constantly checked and tested to ensure you maintain a standard set by the regulations.

What kind of people tend to do well?

In the military, there tends to be an ‘Alpha Male’ culture, so people with that personality tend to thrive… Having said that, there are also quieter personalities who perform really well under pressure, so don’t let that put you off.

In the civilian world, above all, you need to have a real passion and drive to fly. The kind of person who has wanted to fly since they were a kid, who goes out of their way to attend air shows or to visit airports… they tend to be the ones who do well.

Having a technical mind definitely helps; being able to diagnose issues and make calculations while you’re flying… To fly in the military, you have to have Year 12 Maths and Physics, whereas in the civilian world, you can get by with Year 10-level Maths and you don’t necessarily need Year 12 Physics… you just need to be able to understand physics theory and concepts, and be able to do calculations in your head.

Personality is really important when it comes to finding work – employers want enthusiastic people who get along well with others. It doesn’t matter how technically competent you are, if you can’t get on with people, you may struggle. You also need to be flexible, as things are always changing when you fly. Weather conditions change, plans change… you have to be able to roll with it.

Finally, you need to be open to criticism and feedback, if you’re going to learn to fly well and pass your exams – and not everyone does. It’s a high trust and high responsibility role, particularly where you’re flying passengers – and people don’t just hand over their machines for you to fly. You need to know the consequences of what you’re doing and be willing to accept responsibility.

Spend the money and do a trial flight to let you see what it’s actually like, for yourself. It’ll either put you off, or it’ll confirm that this is the right thing, and drive you through your studies.

For those at school – and particularly those looking to get into military flying – get your head into your studies; the better you do at school, the more likely you are to get a position.

Get any exposure you can to the industry – organise work experience in an aviation company, and look to volunteer or work in aviation. You’ll see adverts for Hangar Assistants (‘Hangar Rats’) in the aviation press, which involves helping out in hangars; pushing aircraft around, refueling and cleaning. That kind of role gives you day-to-day aviation experience, contacts, and airside awareness – and that will make all the difference when you finally get your licence and you’re looking for work.

Finally, as a small industry, everyone knows everyone and reputations are important. You’ll get to hear who has a good name or not.