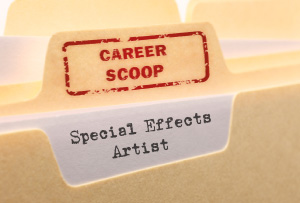 In a nutshell, what do you do?

I do digital lighting for Visual Effects. This involves using a computer software that is used by the firm, to light Digital objects (e.g. creatures, buildings, trees etc) to produce images as directed by Visual Effects Supervisors, who then present it to the film director.

Why did you choose this career?

It was a struggle to make a living as a young/junior architect, and the grapevine suggested that Architects found visual effects in cinema easier and more lucrative. So yes, it was purely for better pay. I may be an anomaly btw, since most people I talk to were fascinated by what they saw on TV (e.g. cartoons or superheroes films) and that it was very “cool” to work in this industry.

What, in your opinion, is the best bit of being a visual effects artist?

IF working in the top 10 Effects companies in the world, the salary is rather healthy. And since there are always gaps between film projects, the money earned can be spent in travelling for several weeks at a time. It also requires very little education to do well, since enthusiasm and computer-skills are the central ingredients of working in the visual effects industry. Personally, I like it because I am now in a position in the company where I can work very small hours in the downtown and have plenty of time for R&R.

The worst bits are that the hours can be relentless. Since it is often on the bleeding edge of technology, the software used is mostly quite brittle and requires most people to spend really long hours at work to fix things and make things work.

I hardly know of any colleagues who have any spare time for rest or recuperation, let alone time for hobbies. In fact the divorce rate in my colleagues is really high because they don’t get to see their spouse and children much. There is a lot of OOS and RSI and other stress related illnesses.

Luckily I heard from acquaintances about the long hours and repetitive tasks and was prepared for it, unashamedly for the money.

Most people think that my job is really exciting and creative. But in fact it is tedious and can be quite stressful. There is very little artistic creativity involved in the majority of positions available, contrary of what people imagine. Many think that we get to meet the stars and directors, which we never do in our line of work, since it’s strictly behind the scenes.

What kind of people tend to do well? (skills, strengths, values, personality)

The stereotype of computer-geeks or nerds is the best fit for this industry. Those who have spent their childhoods indoors in front of TV and computer screens feel the most at home in the world of Digital Visual Effects. Extremely shy people abound in this industry. People who are able to concentrate for long hours, who are excited by new software and technology will thrive in this job.

Be prepared for at least 5 years of working very long hours, mostly for more than 5 days / week. Be prepared to not have much say in the artistic/creative direction of the work. Be prepared to get low salary for the first few years as well. Apart from that there is a lot of scope for media consumption in the form of exposure to animated feature films and free tickets to screenings etc. And if they enjoy the challenge of learning new software, they will love this job.