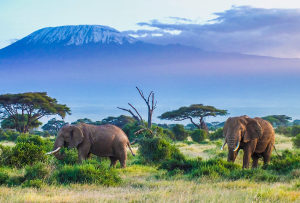 A couple of months back, I had the privilege of hearing Sir David Attenborough – a British institution and the father of the modern wildlife documentary – talk about his long life in broadcasting.

By any measure, Sir David has had an extraordinary career. He’s spent over 60 years travelling the globe exploring continents and with his team, bringing back stunning footage of the natural world. He’s brought an appreciation of nature to literally millions of people – and for me personally, is on the soundtrack of my earliest years.

But extraordinary as he is, as a Career Coach I was also struck by how universal the themes of his career were – and how relevant to our own.

These are the top 3 career lessons from his talk:

1. Forget a set plan – forge your own path

Looking back on his career, it seems only natural that David Attenborough would end up where he did. This is a man who spent his childhood collecting fossils, flora and fauna, went on to study Zoology and Natural Sciences and who was passionate about sharing his knowledge. From today’s perspective, his ‘pathway’ seems pretty logical.

But careers only ever make sense in hindsight, when we can see how the dots join up. When asked if presenting wildlife documentaries had always been his career plan, his answer made me smile:

When he started out, there was no TV.

There were no TV Departments. No hiring teams looking for TV interns or presenters. There was no such job – no pathway to follow or steps to take to get there. Listening, it struck me that whilst everything has changed… very little has changed, too.

Yes, the world is smaller and more globalised than it was in the 1940’s and 50’s. Yes, technology is changing apace and artificial intelligence is going to impact careers. Yes, that can certainly feel daunting when you’re trying to plan a career, because the future of work will be different and we don’t quite know what it will look like.

But really, none of that is new.

You can still build a career whilst heading into unknown territory; in truth, we all are. Instead of a set plan, we need a starting point – an intention, interest or broad direction to head off in – and from there, we can navigate the changes as we go.

In a changing future, we have to stay open, keep learning and adapt.

So how did Sir David go about creating his ‘dream’ job, if it didn’t exist yet?

As he talked us through his career, the importance of relationships came through clearly. Many pivotal opportunities came through colleagues and contacts who shared his passions but worked and moved in different circles, so heard of new openings he didn’t know about and discussed these with him.

For example, it was a friend and colleague who told Sir David about a new department at the BBC in London, which was exploring this new TV technology. Very few people owned a TV set and he himself had only seen one once… but he was intrigued by the information, and with a name to contact, he was off.

60 years on and any career or recruitment professional can testify to the power of the network; again, everything and nothing has changed. When it comes to career choice, change and development, you very often gain information, insight and opportunities – openings – through the people you know.

Lesson? Never, ever stop building relationships with your tribe.

It’s tempting to think that once he made himself known to the BBC, the heavens aligned and everything clicked. Far from it.

First, Sir David applied for radio roles… and got rejected, out of hand. Then he applied for a TV presenting job, only to be put straight behind the scenes, operating the camera instead, because he lacked charisma and his “teeth were too big”.

Better than nothing, so he threw himself into camera work and learnt the ropes in the field. Eventually, he got his break when the presenter suddenly and unexpectedly fell ill… and in that moment, he stepped forward and put his hand up.

Listening to the story of Sir David’s life, it wasn’t a clear run – he didn’t get many hand-ups. Like most of us, he was knocked back multiple times and repeatedly hit obstacles, but time and after time, he persisted and either found a way to climb over them, skirt round them or to wear people down (in the most courteous and British of ways).

In the course of building our own careers, most of us will not have to navigate a raft through uncharted seas, go without food for a week or risk being killed by hostile tribes. But all of us will at some point fail; we won’t get into the course we wanted, we won’t secure the internship we pinned our hopes on, or get the dream job.

At the same time, opportunities will pop up unexpectedly. And when that happens, if we do manage to recognise the good luck staring right at us, we’ll have to make a quick decision, to back ourselves… or back out.

Those moments of serendipity can change the course of our careers, and our lives.

Again, the role of grit, resilience and luck-readiness in career development is familiar to anyone working in this space (backed up by plenty of academic theory and research). Importantly, these qualities aren’t ones we’re either lucky enough to be born with or not; these are capabilities we can all develop.

And if we want to develop a career that engages us and uses our unique strengths, as Sir David definitely has, then these are great lessons to start with.

Want some help with your own career? Contact us now!